When renovating this old farmer’s house in Landshut, care was taken to integrate the property as best as possible in order to keep the authenticity of the building. While the exterior facade with the dark beam is still original, modern elements were skilfully combined with existing elements in the interior. For the flooring, the building owners chose solid pur natur Douglas boards of the 300 series. To optically separate the rooms from each other, the boards in certain areas were laid orthogonally to each other. The kitchen of the farmer’s house was also made in Douglas fir wood. For the kitchen facade, the »Select« sort with few knots was chosen. 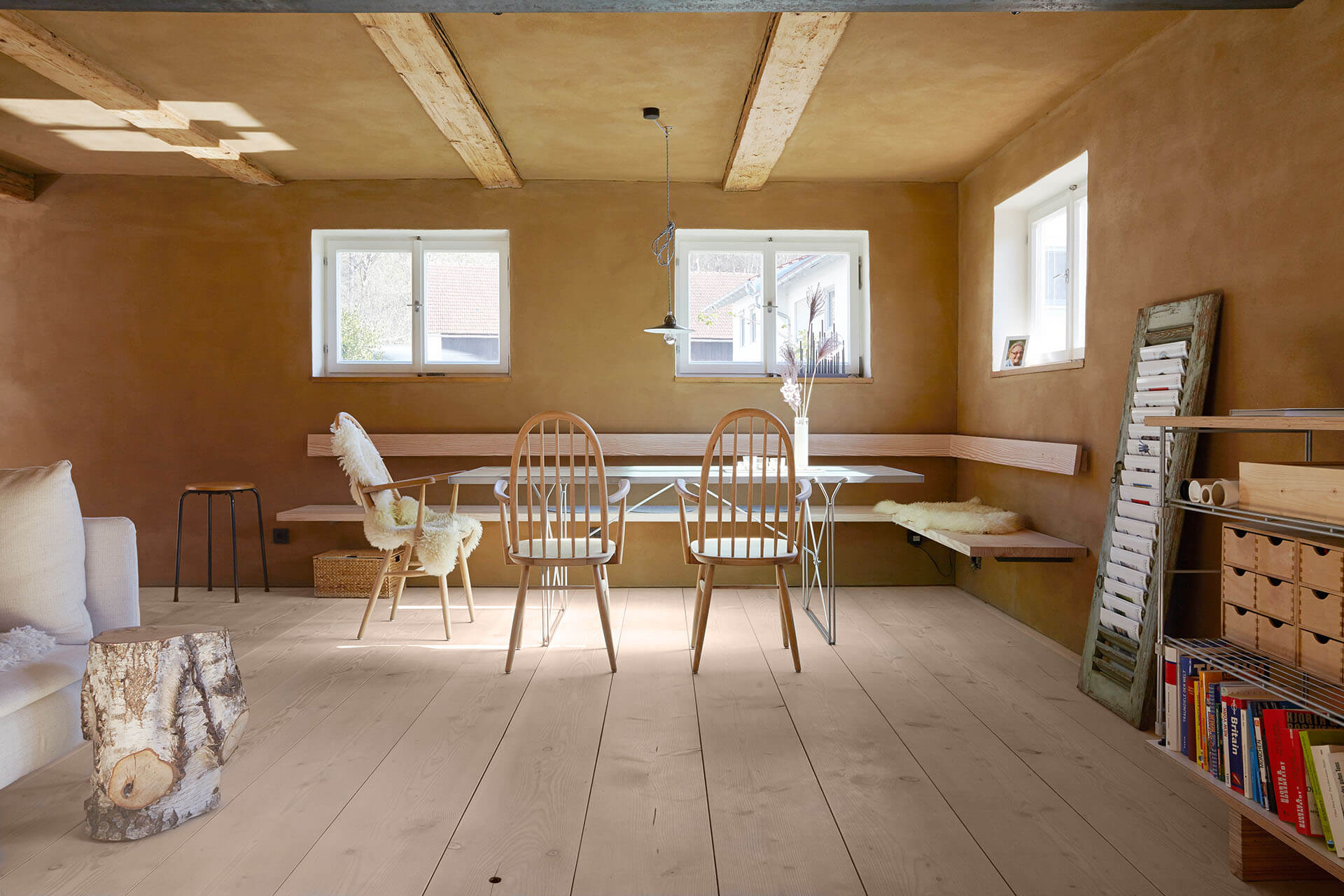 A pur natur wooden floor of the »Natur« sort gives light and warmth to the room of the traditional farmer’s house. 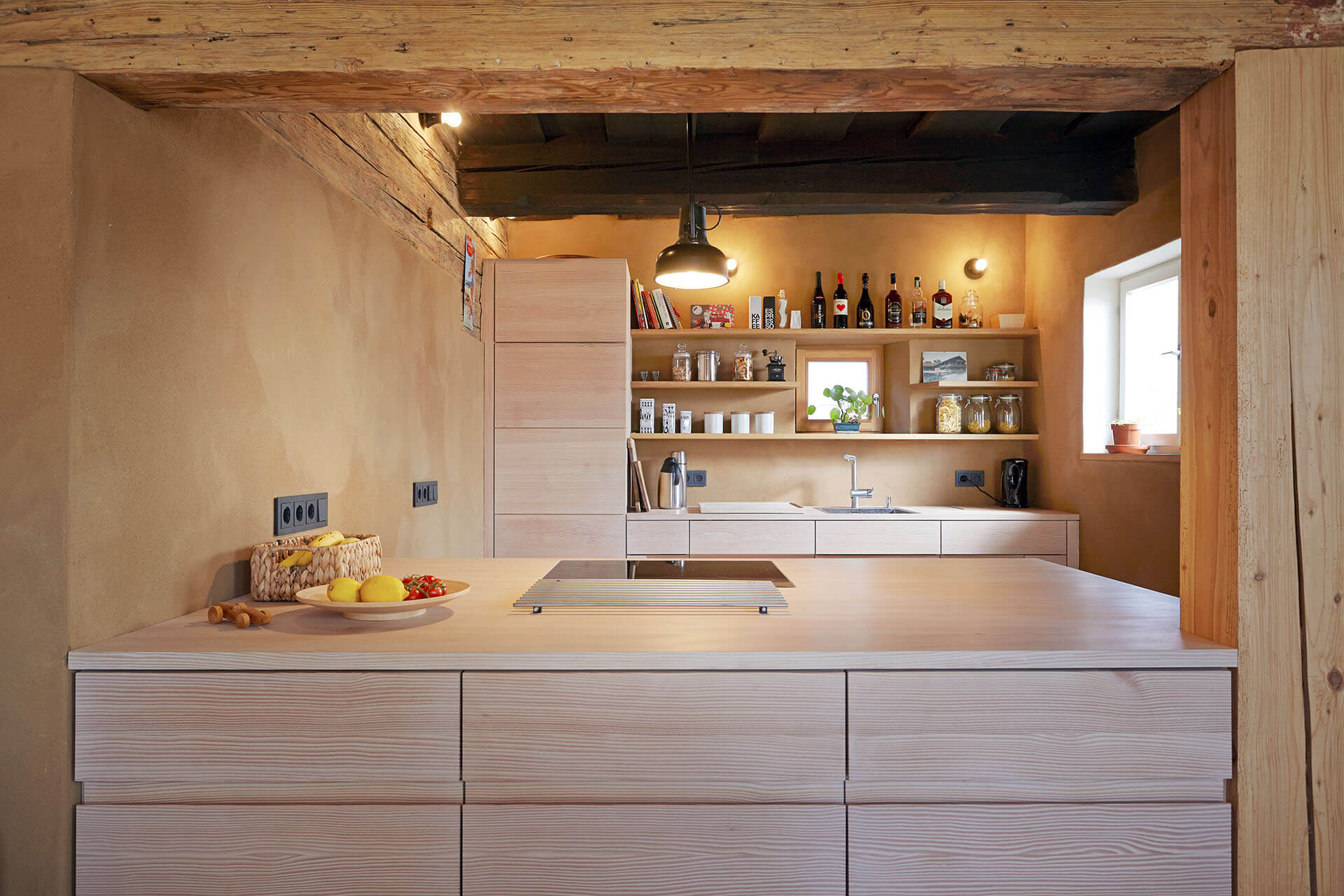 For the equipment of the kitchen, Douglas wood was also chosen. The visible beam was integrated in the construction.

The facade of the kitchen consists of knot-free wooden boards. The heart piece of the Douglas fir was used for this. 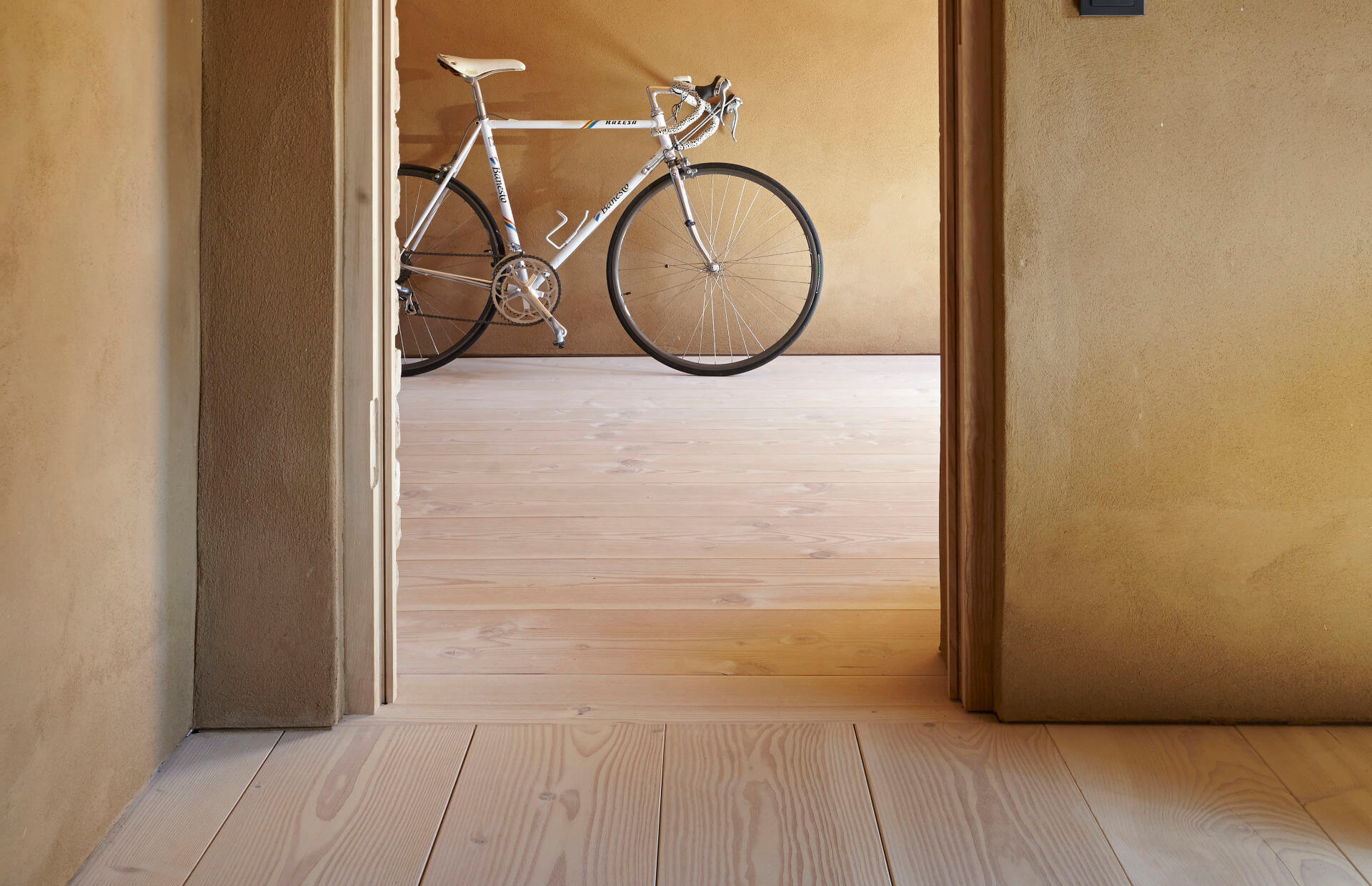 The »Natur« board stands out due to its impressive structure. It has a playful effect and brings cosiness to the room.