The one-family house built in 1972 was taken down and replaced with a new construction with a garage. The idyllic hillside replacement new building that was planned was able to be rebuilt as essentially the same building, in accordance with the Swiss Land Use Act (Art. 24c). Essential characteristics of the simple, gable-roofed building are the recessed seat with a South-West orientation, and especially the waist-high base storey that is sunk into the ground, with the bedrooms. This was rebuilt in facade concrete, whereas the upper storey was built anew in wood, matching the surrounding countryside environment.

The living and cooking / eating spaces are situated on the upper storey, which is divided into zones by a toilet box – similar to furniture in its design. A large window facade divides the inner seating space from the cooking and eating area with the beautiful view. The environment was to be impacted as little as possible and as much as necessary. The remaining surfaces are left as a natural meadow area.

»The floating stairs in robust Douglas boards have become an eye-catcher.« 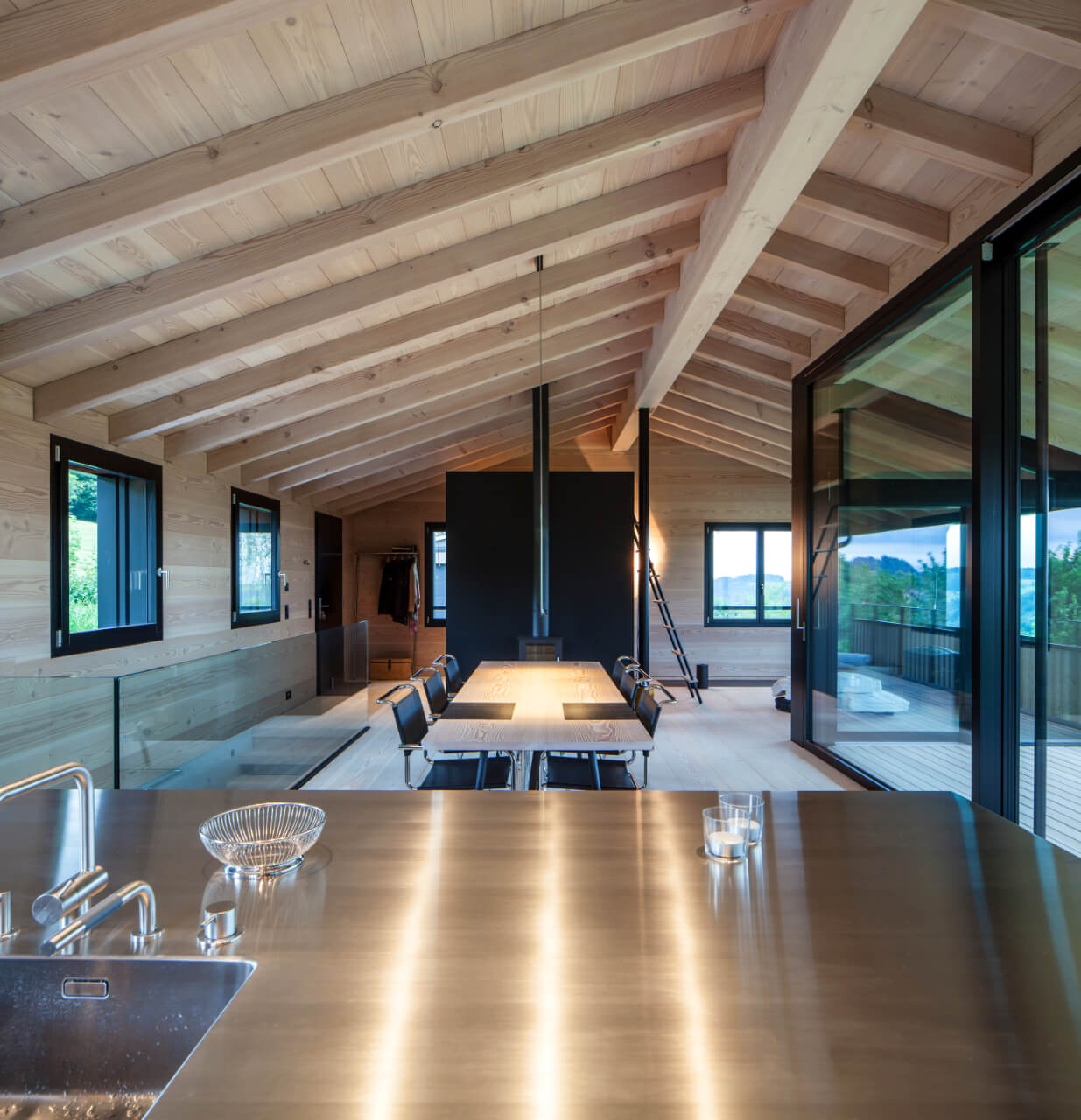 Floor, wall, ceiling, furniture and ridge purlin are made from pur natur Douglas. 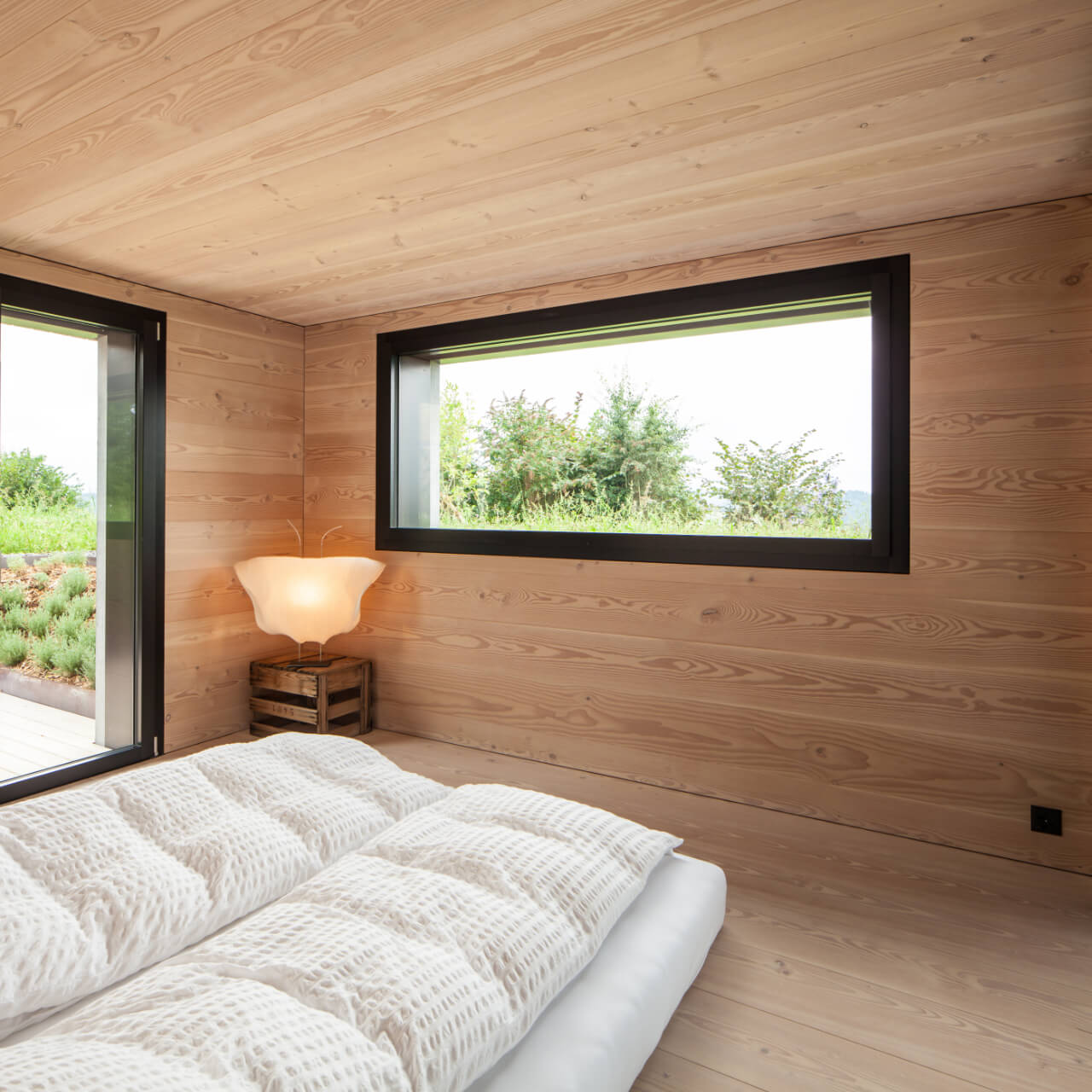 »The smoothness and cosiness of the Douglas fir completely fascinated me. That is why we put it in everywhere.» 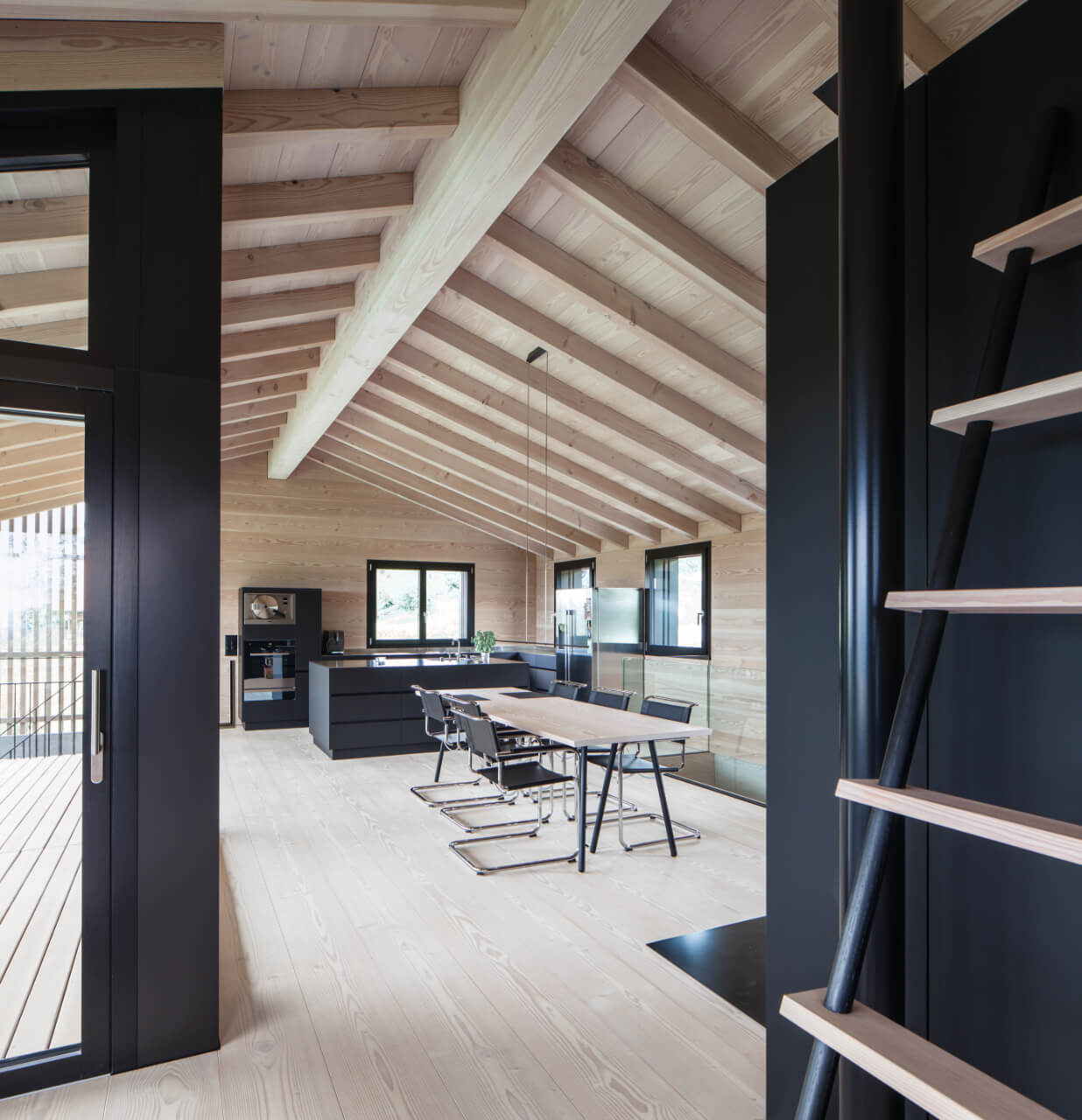 The treated surface of the wooden boards gives the floor its noble character. Dark furniture forms an interesting contrast. 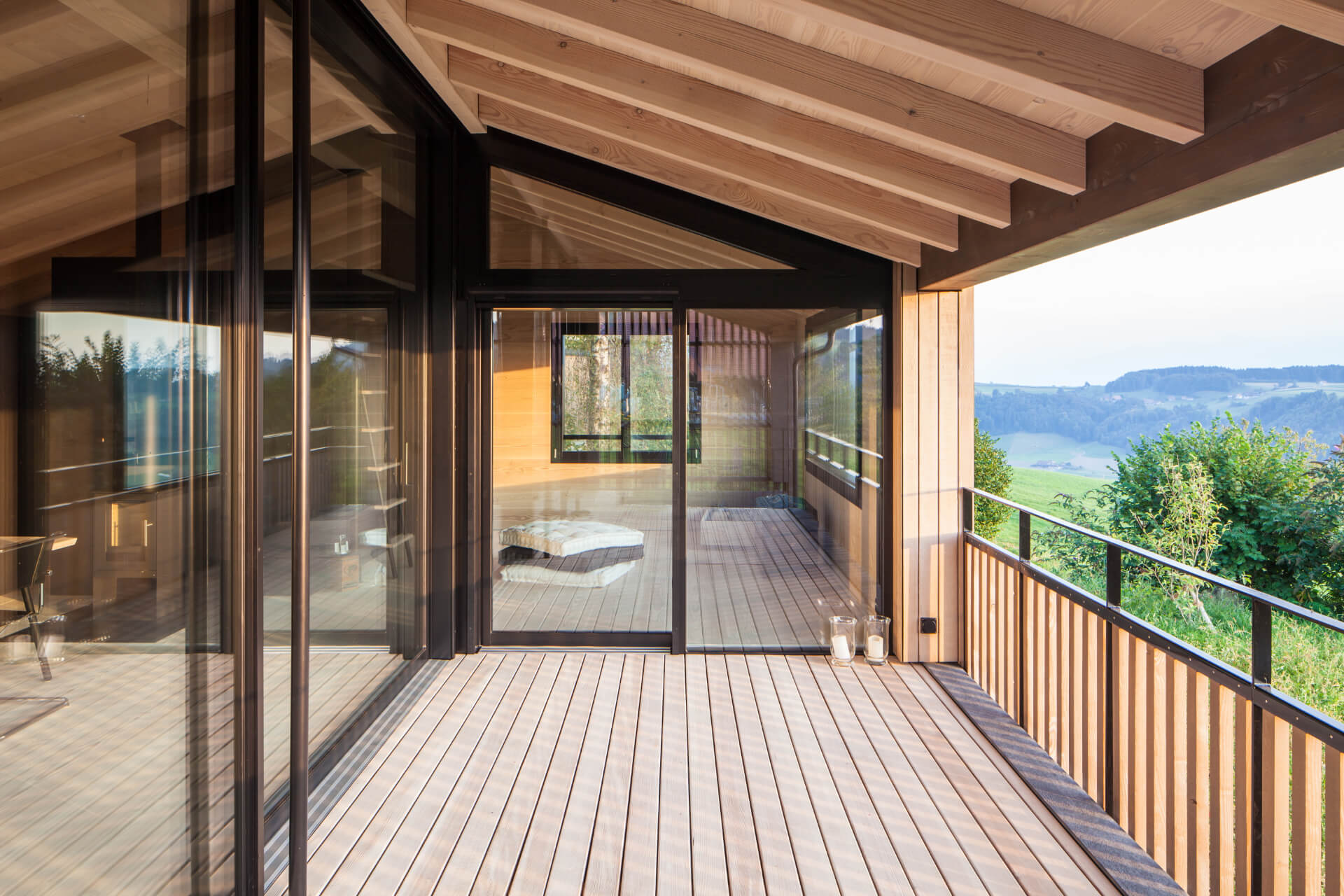 »When one is using such a holistic approach, the interior and exterior cannot be considered separately.«