Gut Kaltenbrunn lies directly on the north bank of the Tegernsee lake. The original structure of the highly esteemed manor house has been retained and is intended to enrich the region around the Tegernsee through its new lease of life. The task of the two architects - Architektur Manuel Benjamin Schachtner and Andreas Breier Architektenteam – was the sensitive handling of the architectural ensemble in all creative and constructional measures and the planned utilization concept.

In future, the new life of Gut Kaltenbrunn will include, amongst other things, catering, a beer garden and function rooms. The restaurant and the existing four-sided courtyard are reached via a newly constructed promenade. The Königsbau will be resuscitated in its use as a restaurant and extended through the minimized new building – named Salettl Neu. Due to its on-going use, the manor house will in future once again become an integral part of the region. 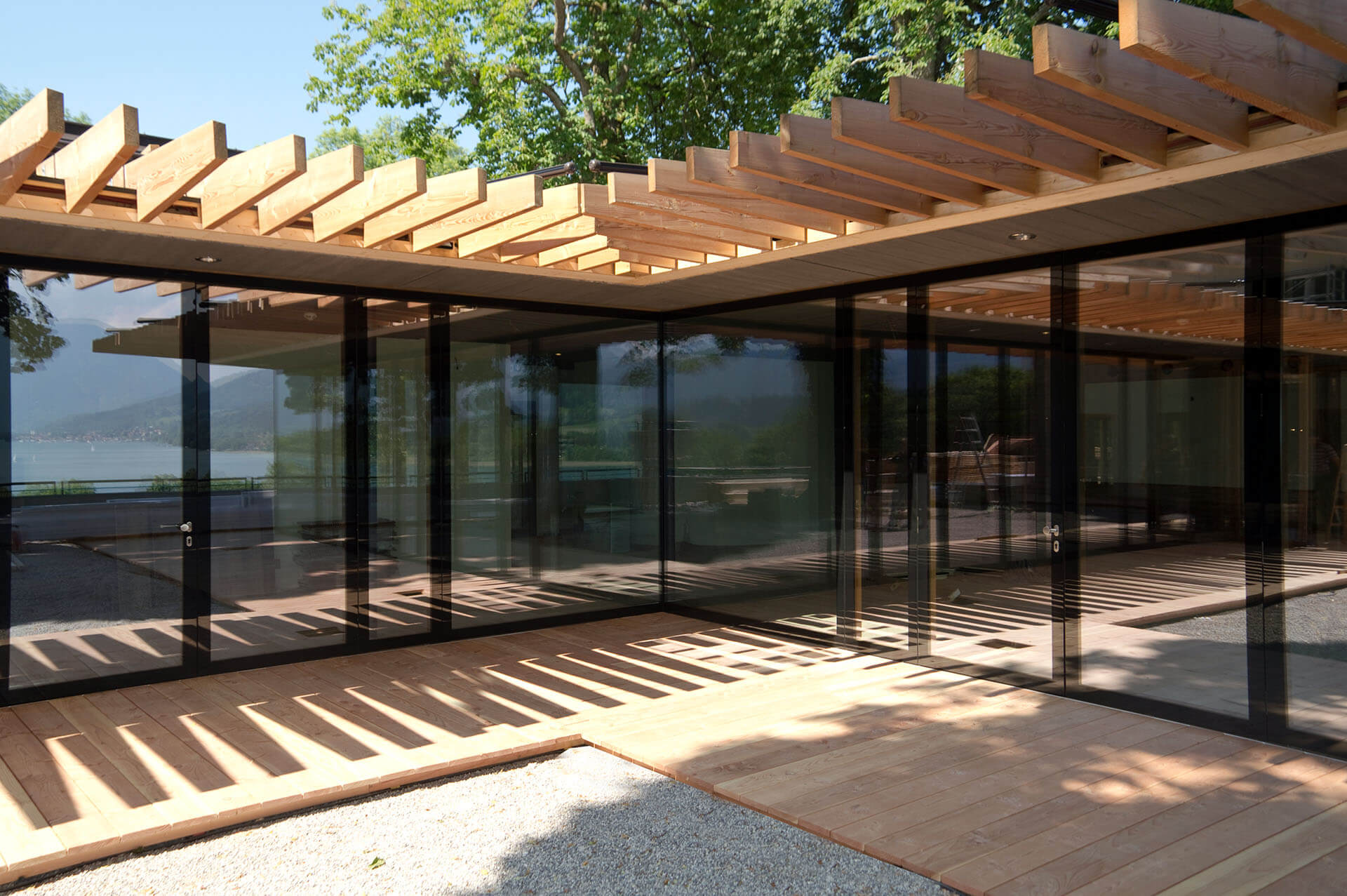 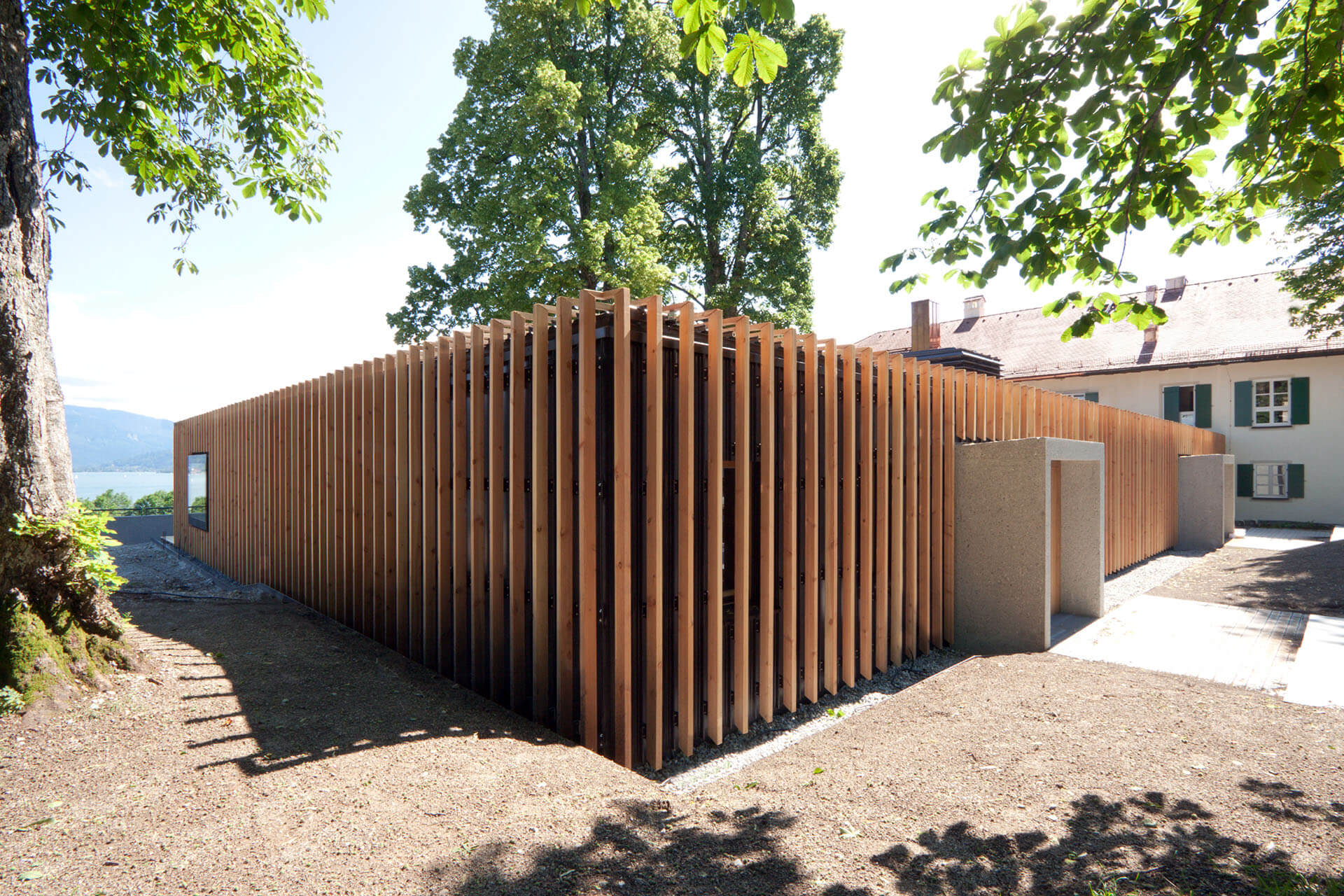 Constructionally the Salettl Neu has been developed as a minimized skeleton structure. The enclosed metal wall and the roof areas are clad with wooden slats in Douglas fir. Thereby the existing, natural materials of the former Salettl are taken into account and at the same time an optical compartmentalization in comparison with the existing is achieved.

The exposed concrete protruding out towards the beer garden which is intended to provide shelter and a feeling of security forms the optical continuation of the interior exposed concrete ceiling. The closed-in character of the ceiling is broken up by the wooden slats running over the roof and which allow a feeling of airiness to occur in which the stands of trees which characterize the location can come into effect.

If the rear façade appears closed-in, the building facing towards the lake appears spacious and airy. The extensive glazing of the oak windows facing the lake (structural glazing) enables unobstructed views out onto the pur natur wood terrace with the Tegernsee in the background. Thus the internal and external spaces appear to melt in to each other and the view of the landscape of the Tegernseer valley can penetrate the guest room.

»New life in the monument with a view over the Tegernsee.«